How to Avoid Getting Bruises from Paintball 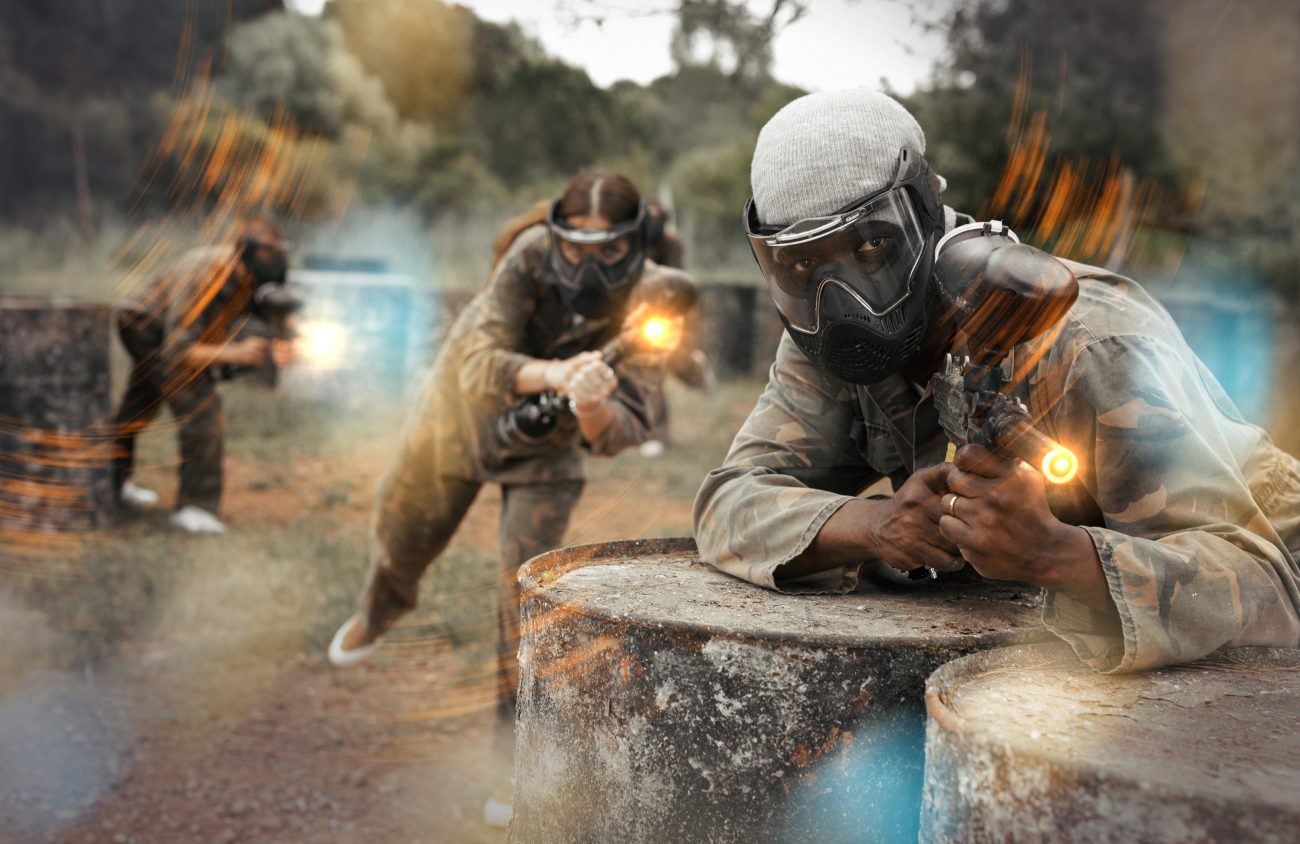 There’s nothing more exhilarating than sprinting through the woods, paintball gun grasped firmly in hand… and picking off the enemy team one-by-one like you’re John Wick reincarnate.
And while this is the fun part of paintball, there is another side to the game that is… well, less fun – getting shot.

More often than not, when you get hit in paintball, there’s a chance it’ll leave a bruise. To the regulars, we call them battle scars. For the uninitiated, however, a learning curve.
Believe it or not, paintball is a sport, and, just like rugby, lacrosse or even football, you may end up with a bruise or two. But bruises from paintball are completely normal and often feel like a slight sting when being shot.

The question you’re probably most interested in though, is how to avoid getting bruises from paintball? Don’t worry, PPK has got your back as we break down this important question for you!

Paintball provides you with the chance to enjoy some quality time with friends, great physical exercise, and the chance to shoot each other senseless until you run out of paint!

Paintball at PPK is most definitely a safe game, but since the aim of the game is to shoot paintballs at an opponent, there are risks of minor injuries like bruises. These bruises from paintball really only occur to those who aren’t properly protected though.

Does being hit hurt? Well, that does depend on who you ask as well as a few other factors like:

Ultimately, everyone has their own pain threshold so there’s no specific answer, but most will say it’s like being flicked in the arm. It’s that sudden impact however than can result in bruises from playing paintball. These bruises can be painful or tender to the touch, so let’s dive into how to avoid them!

Tactics to avoid getting bruises

In all seriousness, the real answer does require a bit more than that. Ultimately, you do need to avoid getting hit to avoid bruises from paintball. When playing paintball at PPK, our game zones are designed for the players, by the players.

Utilising communication with your team and taking advantage of the terrain, you can avoid picking up any bruises from paintball. But if you find yourself to be public enemy #1 while out on the field, it’s important to be wearing enough protective clothing to keep your skin safe.

Some helpful tips to minimise your chances of getting bruises from paintball are:

Another helpful tip to avoid bruises from paintball is to keep changing your body stance. This can help you to avoid multiple hits in the same spot. Paintball is a fast-paced sport and it’s best to keep moving.

If you do walk away with a battle scar… we mean bruise… then it’s best to look after it. Paintball bruises can be tender to touch, but your skin will eventually heal. The length of time it takes for a bruise to heal also varies depending on the extent of the bruise too.

Make sure that you:

Bruises are usually harmless, but you should make sure to look after and monitor the affected area until your skin clears up.

So, if you’re ready to give up Fortnite or Call of Duty and want to try your hand at something that’s definitely more exciting, then get out there and play some paintball!

At PPK, we offer 7 unique game zones for you to paint the town red (or black, or yellow, or…); each game zone is more exciting than the last. From our WWII battlefield, complete with an authentic WWII tank, to our post-apocalyptic wasteland, PPK provides our players with an unforgettable experience.

Our prices start from a low price of just £6.50 complete with a paintball gun, gear and 100 paintballs.

Posted in Uncategorised
← Choosing Your First Paintball Gun & Marker: Buying Guide12 Best Things to do in Kidderminster →
Scroll To Top